Sue Schneider, 77, of Langdon, ND, passed away Friday, July 30, 2021, at Altru Hospital in Grand Forks, ND, surrounded by her loving family.
Alexis “Sue” Darlyn Schneider was born January 31, 1944, in Grafton, ND, to Alex and Irma (Samuelson) Brown. She grew up in Hannah and graduated from Hannah High School in 1963. She continued her education at Lake Region Community College and Aakers Business School. She also worked as a nanny in Bay Area, CA. Sue married Harvey Schneider on July 27, 1968, at St. Michael’s Church in Wales, ND. They lived in St. Cloud, MN, until 1970 when they moved to Langdon. In 1977, they settled on the Schneider family farm near Wales where they farmed and raised their family.
Sue was a member of the American Legion Auxiliary, St. Michael’s Catholic Church and Altar Society in Wales, and St. Alphonsus Catholic Church in Langdon. She enjoyed music, playing cards, cooking, bowling, and dancing. She and Harvey also enjoyed traveling and were able to visit many places, including Europe, Australia, New Zealand, Alaska, and Hawaii. She especially loved spending time with family and friends.
Surviving Sue are her husband, Harvey, of Langdon; daughter Kathy (Bob) Brown of Grand Forks, ND; son Mark (Shauna) Schneider of Wales; granddaughters: Alexis Brown, McKenzie (Ryan) Blumhagen, and Brooke (Brandon) Tofte; grandson Cole Darling; great-grandchildren: Oliver Tofte and Isabelle Blumhagen; siblings: Gary Brown of Bullhead City, AZ, Rick (Ann) Brown of Prescott, AZ, and Vicki Brown of Ottertail, MN; and sister-in-law Janet Brown of Valley City, ND. She was preceded in death by her parents, son Michael Schneider, and brother Bob Brown.
Mass of Christian Burial will be at 10:30 a.m. on Friday, August 6, 2021, at St. Alphonsus Church in Langdon, ND. Visitation will be from 5:00 p.m. to 7:00 p.m. with a 6:30 Rosary and 7:00 p.m. prayer service on Thursday, August 5, at St. Alphonsus Church. Burial will be at St. Michael’s Cemetery near Wales, ND.

So sorry for the loss. Our thoughts and prayers are with your family.

Harvey and all of Sue's family:sending our deepest sympathies, Sue was a wonderful lady, always so pleasant and fun to visit with. She will be missed so much by many. God bless
So sorry we won't be able to attend the service.

My father and I send our deepest sympathies to Sue's family and friends. Sue was such a kind and gentle soul.

She always had the biggest smile. Was always happy to see you.

So sorry to hear of Sue's passing Harvey Mark and family .We always enjoyed visiting with you both.Our sympathy to the family.

So sorry for your loss Harvey. My condolences to you and your family.

A photo was added for Sue Schneider 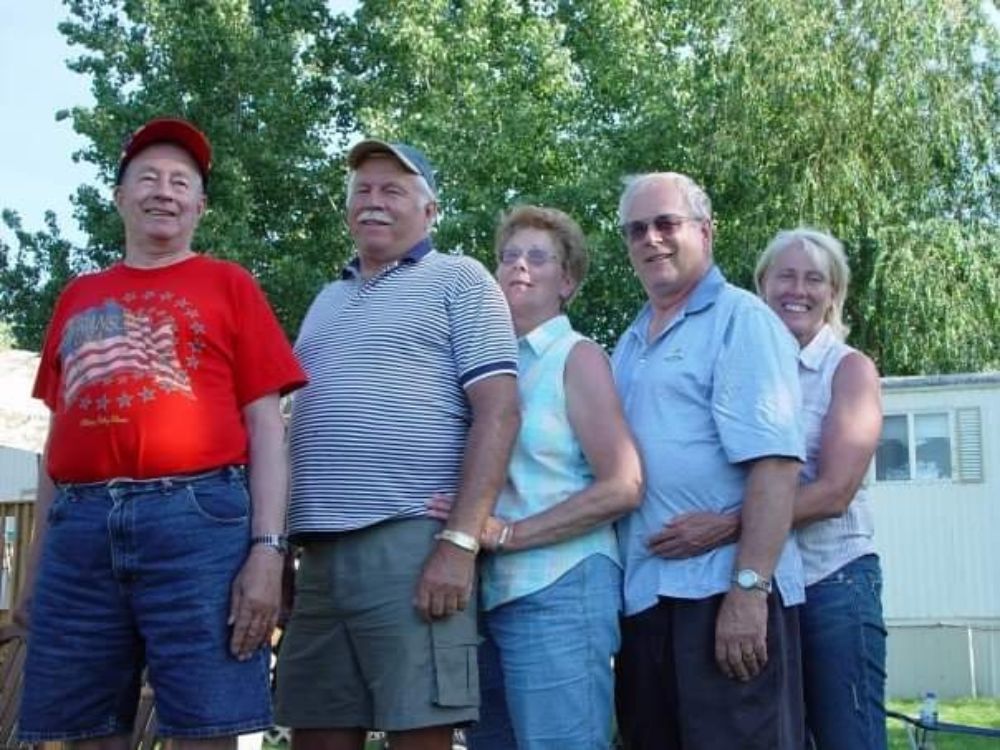 A candle was lit in memory of Sue Schneider

Show More Entries
No service information has been added.